Unity3D - How to make a Pause Menu 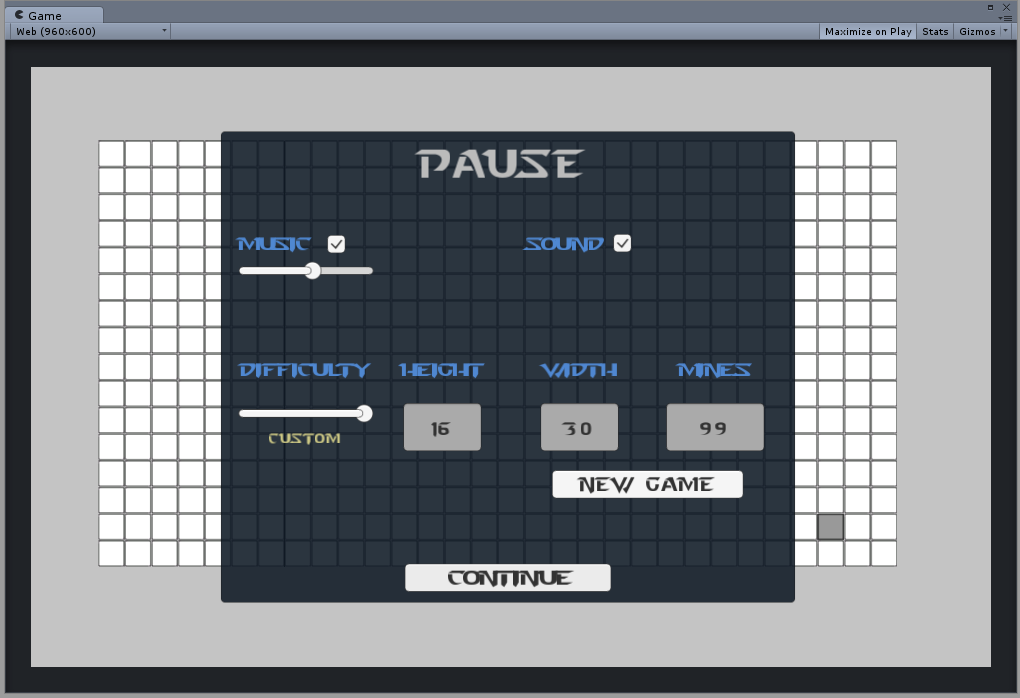 In this post, I’ll try to explain how to make a Pause Menu that pauses the game and displays a menu with various controls for this Minesweeper template example.

All of the UI elements are placed on a Canvas. To start creating our UI: 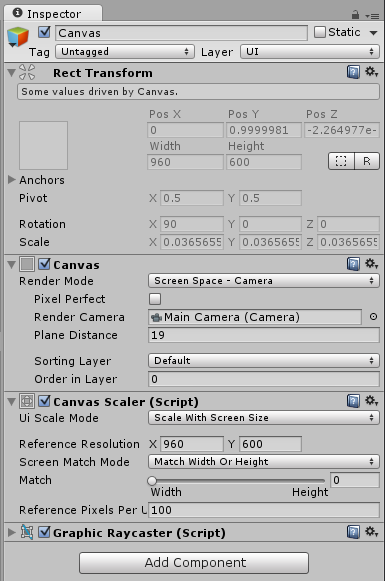 Panel is the area where we’ll group the controls. First, we create a panel that will outline the layout of our menu. 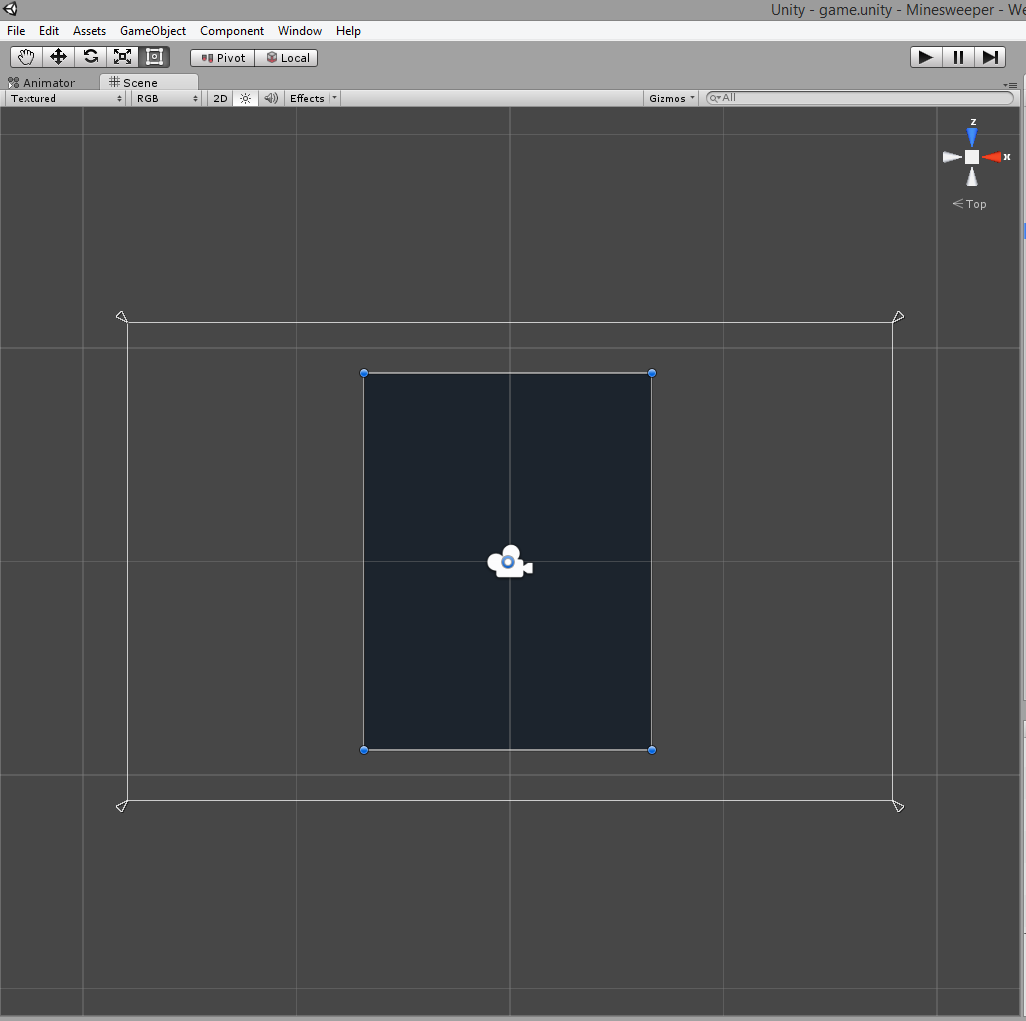 I strongly recommend watching Unity’s “Panes, Panels and Windows” training video if you want to grasp the new UI system that came with Unity 4.6.

Now that we have our Pause Menu area, we can populate them by the Visual and Interaction components however we want. Below, I preferred using Panels to group certain elements that can be seen in project hierarchy. I have used Text, Slider, Input Field, Button and Toggle components for this Minesweeper template. 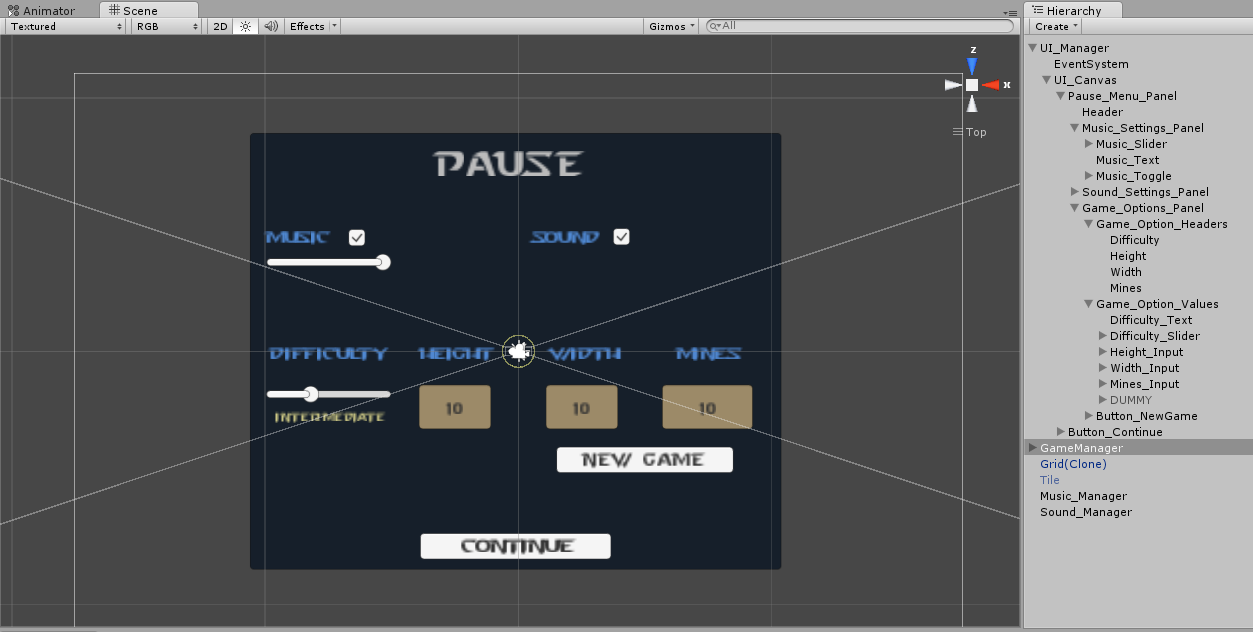 Step 4 - Wire your Components to your game

I find it useful to create managers assigned for certain tasks that also interact with other managers. For example, I used: 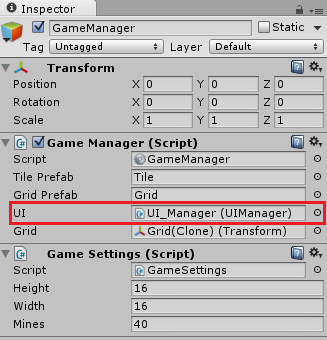 Game manager script will handle toggling the Pause Menu and stopping the time using a public UIManager variable, which can be assigned from inspector by simply dragging UI_Manager GameObject onto the scripts variable field. 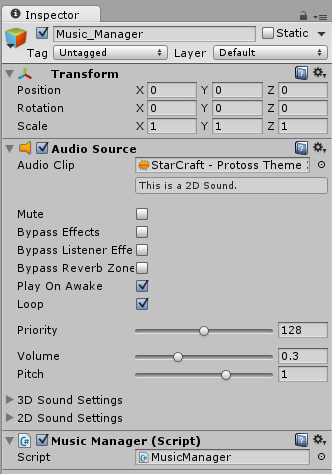 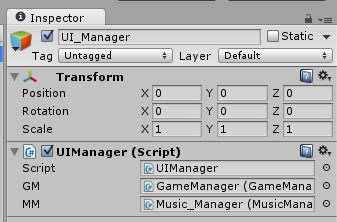 I find it handy to keep references of other managers in a manager as public objects. UIManager simply checks for keypresses in Update() function. If Esc is pressed, UIManagers calls GameManager’s public TogglePauseMenu() function. UIManager also defines the public functions to be called on Toggle and Slider Update events. These functions are later assigned in the related component from the inspsector.

Assign the Managers’ functions to Components

Now that we have defined the functions in Manager GameObjects that will be called when a certain event occurs, such as pressing the “Continue” button, it is time to assign them to the related components. 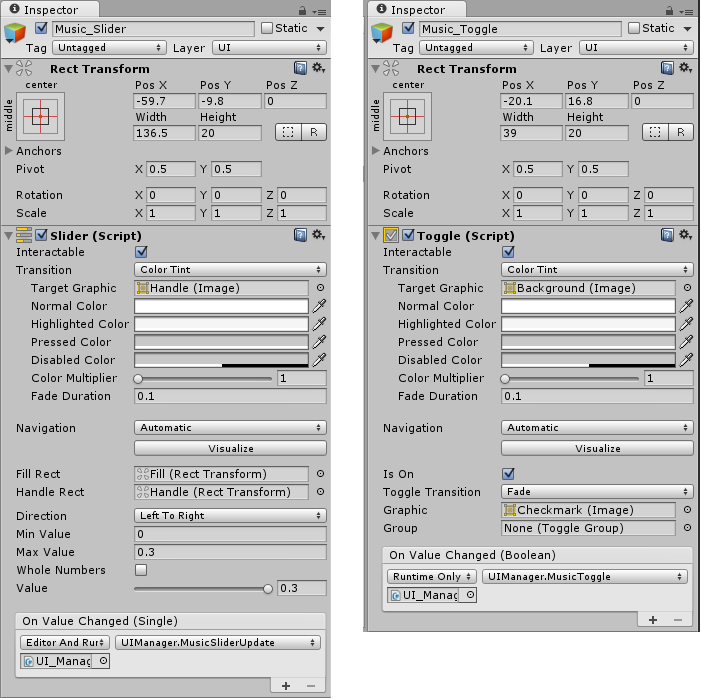 There we go. We have a Pause Menu with functional music settings panel that you can adjust the volume of the music or mute/unmute it. Thank you for reading thus far! If you have any questions or feedback, feel free to comment below:)